The Benefits, Pitfalls, and Differences of Influencer Marketing Tiers from Micro to Celeb

Before you sign that (probably lengthy and comprehensive) contract with an influencer, you need to learn all you can about who they are and who makes up their audience. When planning influencer marketing campaigns and considering the best option for your client’s goals, one of the first questions you’ll ask yourself about your chosen influencer is: What tier influencer are they?

These tiers have not been around for long, the role and responsibilities of the modern influencer are constantly evolving to match trends and adapt to new social media apps (like Clubhouse) and existing app updates. As the role of the influencer expands, so does the vocabulary we use to discuss them.

Influencers can fall into one of the following influencer marketing tiers: nano, micro, mid-tier (macro), and celeb (mega), based on the size of their following on social media platforms. Many of the best campaigns utilize a mix of influencer tiers to hit different audience segments, so you may end up using one premium influencer, five mid-tier, and five micro as part of a larger campaign.

Regardless of their tier, there are countless marketing and brand partnership opportunities for influencers with any sized following. Read on to learn how you can distinguish between the tiers and how to incorporate this knowledge into your next influencer marketing campaign.

What are the levels or tiers of influencers?

While there are many different facets of an influencer that makes up who they are as a person, a social media user, and a brand ambassador, an influencer’s tier is dependent on how many followers they have on any given social media platform as well as their current status in the zeitgeist. For example, an influencer might dip below the 1M follower threshold, but be on a hot new show, or be releasing a book, or competing in the olympics, giving them more clout (or “influence” -- see how that works?)

An influencer’s potential reach is their total followers across all social platforms and can be a valuable influencer marketing metric to review when choosing influencers for your campaigns.

How you interact with and utilize an influencer will depend on their tier. And while recognizing what makes an influencer nano, micro, mid-tier, or celeb is a straightforward numbers game, how you use this tier-defining information is much more involved than opening the app of your choosing and clicking through user profiles until you find someone with your target follower count.

With each new tier comes a new marketing strategy, the differences in how to utilize each tier of influencer include:

As the lowest-tier of influencer, there are some preconceived notions about the realities of working with nano influencers. However, when utilized skillfully, nano influencers can be a great asset in a larger campaign, or reach a niche demographic with a specific interest.

The key reason to partner with nano influencers is their authenticity. Typically, nano influencers are not using brand partnerships as their primary source of income. Because they are more of your “average Joe/Jane” their content is more relatable to their followers than a celeb influencer would be, leading to higher engagement and an increased ROI.

The next tier of influencer is micro. Micro influencers are similar to nano influencers in that they also tend to have a niche, and their following is composed of users with a specific set of interests, but the similarities stop there. 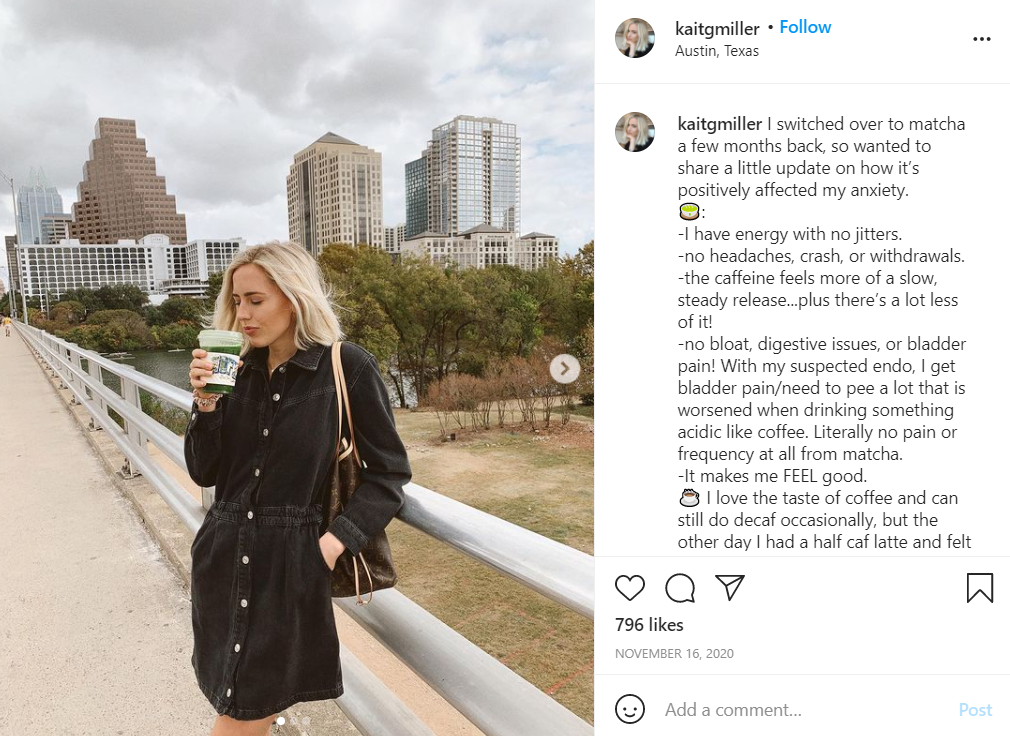 @kaitgmiller has 40K followers on Instagram and is a mental health advocate who co-owns a real estate company.

To reach this tier a user must have a demonstrated ability to grow their brand and once they have hit the sweet spot of wide scale name recognition, it won’t be long before they grow out of the micro tier.

When you are on this tier, your relatability is oftentimes your greatest asset. Brands that partner with micro influencers have found that sponsored content often generates the highest amount of likes, due to the relatability of the content being produced by these influencers.

Mid-tier influencers are the trendsetters and leaders of their peers. Because this is the widest tier, many mid-tier influencers stay in this range for perpetuity and the top users are skilled enough at creating branded content that they have perfected their image.

We are living in the time of peak influencers— it has never been easier to begin your journey as an influencer and there has never been a more crowded field. Therefore, more and more mid-tier (macro) influencers are honing their craft and becoming experts in marketing, enterprise/luxury social media content creation, and KOLs (key opinion leaders) in their own right.

Typically, when a person thinks of an influencer they picture a celebrity or personality. These are the most recognizable influencers for the majority of the population and oftentimes being an influencer is not their primary identity— celeb influencers usually start as actors, athletes, musicians, or recognizable society figureheads and then gain brand partnerships due to their large platforms. 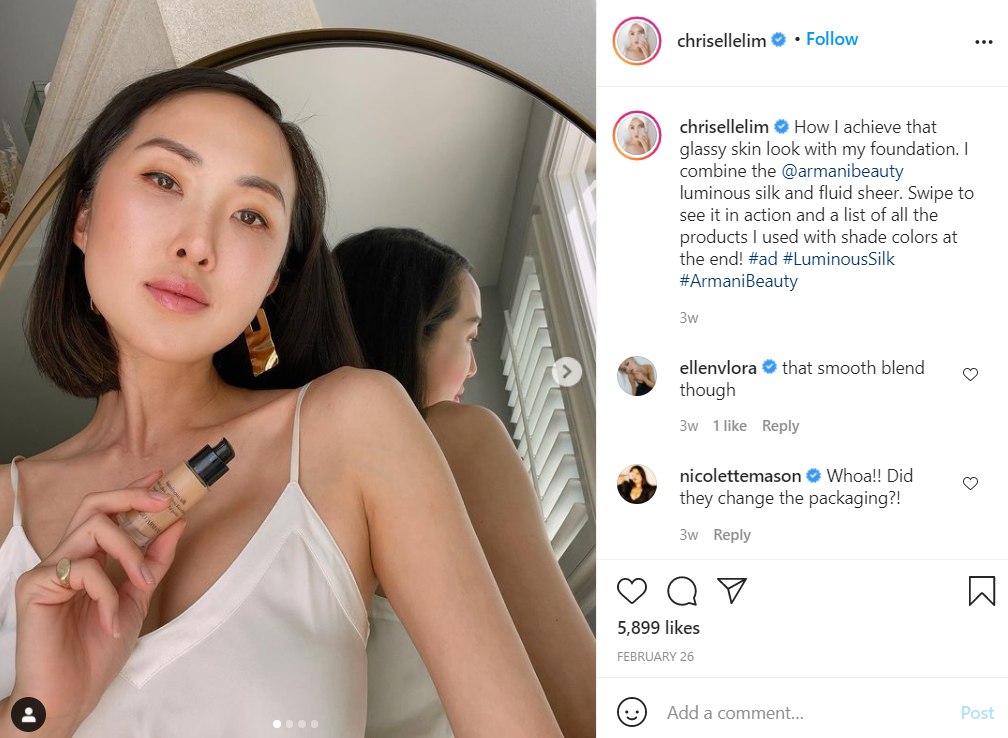 @chrisellelim has 1.3M followers on Instagram, 2.6M fans on TikTok, has a podcast, and is a small business owner herself, giving brands many avenues to connect with her audience.

Each of the influencer marketing tiers has its strengths and weaknesses. The key to partnering with influencers is not to choose an influencer without any flaws— such an influencer doesn’t exist— but to instead educate yourself enough on each tier of influencer to best prepare yourself to overcome the weaknesses.

Some pitfalls of influencer marketing tiers that you may encounter include:

On the other side of the coin, each influencer marketing tier offers its own unique pros, like the ability to experiment with different content formats, become part of a new trend or set the stage for a larger launch, and improve brand recognition with strategic partnerships. Evaluate the pros and cons of each tier in the context of an upcoming campaign or client pitch to choose the right level influencer for the brand you have in mind. When you research your influencers well, you will be able to make an educated partnership that leads to a high ROI for you and increased engagement for them.

Finding influencers takes hard work, so when you click with someone, that partnership can become a mutually beneficial relationship. It’s common knowledge that it’s easier to upsell and retain existing customers than it is to gain net new ones, and the same principle applies here. Once you’ve established a relationship between an influencer and brand, the audience knows them and is more likely to engage, only improving results over time.

Some of the benefits of influencer marketing tiers include:

Every tier of influencer brings different risks and opportunities to your partnership. When deciding which tier of influencer to partner with for your next campaign, take the time to weigh the benefits and potential pitfalls of each to ensure you are putting your best branded foot forward and maximizing your potential outcomes.

Ready to talk influencer shop? We’re here to help -- set up some time with our team of influencer marketing industry experts to see how we can help you create impactful collaborations with top influencers. 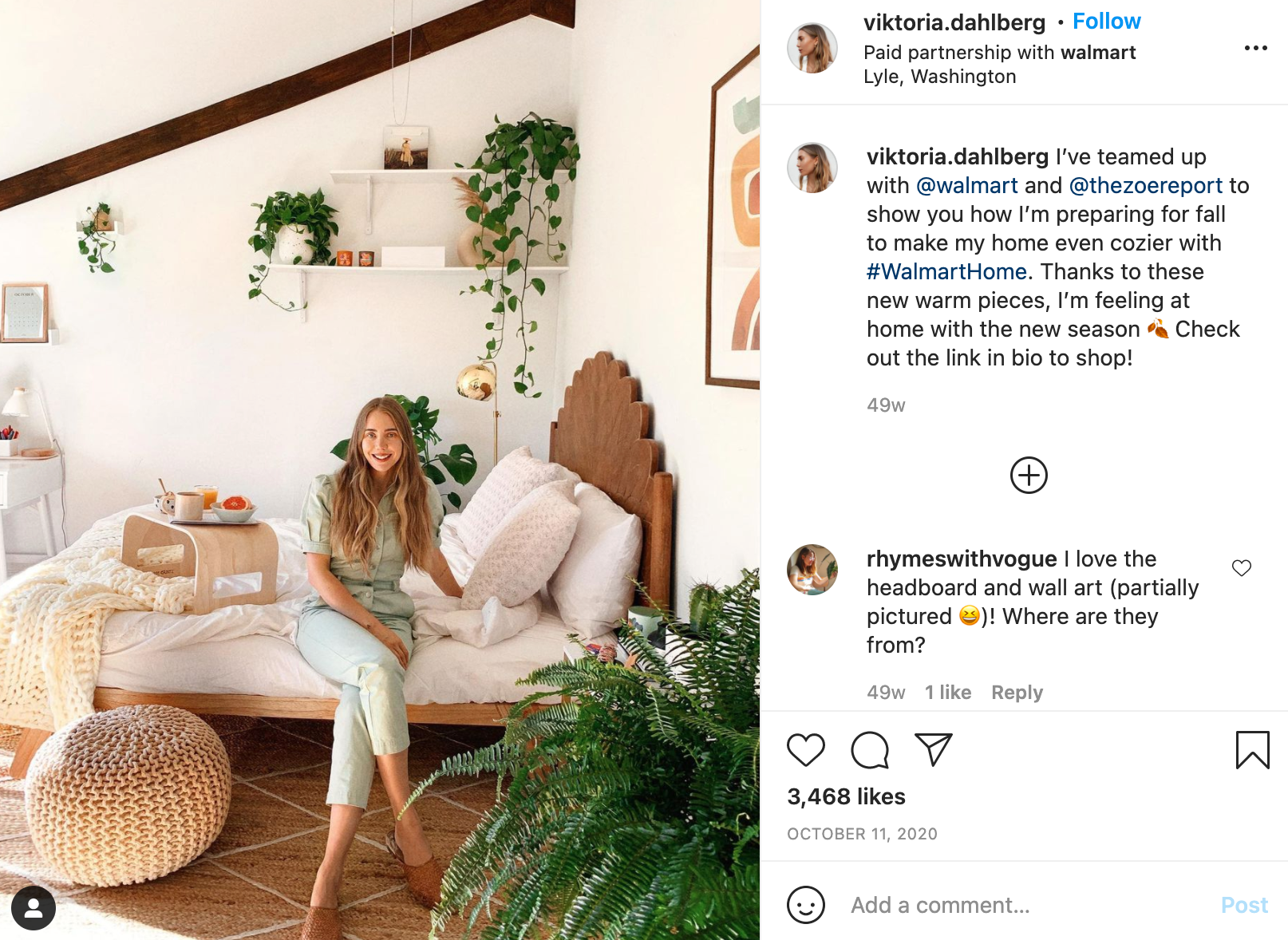